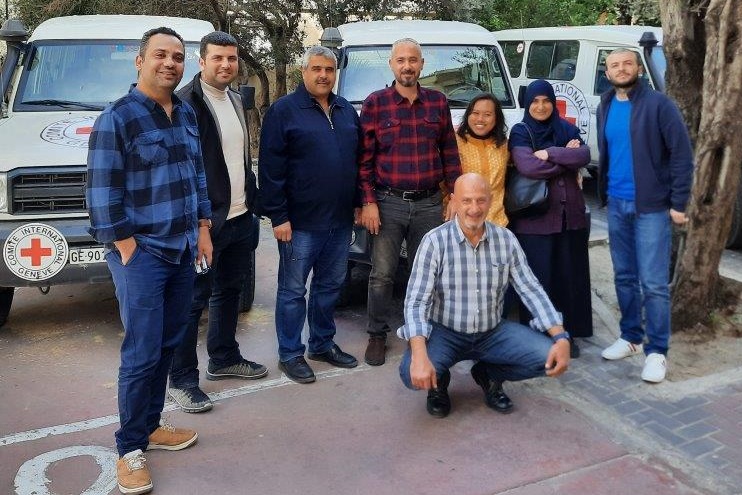 Agricultural Program in the Economic Security Department of the ICRC Gaza

The ICRC Gaza is working with armed conflict-affected farmers in the Border Area (BA) of the Gaza Strip with Israel to meet people’s essential needs and unavoidable expenditures in ways that are sustainable and respect their dignity. Since 2007, the Economic Security (EcoSec) team has been providing support and relief yearly to more than 2,000 people who are farming under security restrictions. EcoSec interventions include the distribution of drought-tolerant seeds and fertilizers as well as rehabilitation of essential agricultural assets such as greenhouses, irrigation ponds, rainwater harvesting systems, and rural-roads.

The EcoSec interventions focus in the areas adjacent to the fence with Israel because it is considered the only hope for the agricultural sector in the Gaza Strip today and in the future. It is geographically defined as the area located between 100 and 1,000m from the Israeli security fence, which is home to around 35% of the most fertile and arable land of the Gaza Strip and described as the main vegetable parcel for more than 2 million Gazans.

The EcoSec team’s deep experience of the above mentioned unique interventions will enable them to contribute in the identification, discussion, and production of standards and guidance of humanitarian agriculture projects in emergencies.

The SEADS Point of Contact for Agricultural Program in the Economic Security Department of the ICRC Gaza is Usama Mukhallalati, Agriculture Program Responsible.